In raising my sons I have always tried to be an example of, as well as teach, the principals espoused in the Edgar Cayce readings. Having an ideal and keeping this ideal in the front of our minds as a star that guides, seeking to be a channel of blessing to others, walking in attunement and doing those things to bring about better attunement, have been those things on which I have concentrated. Our ideal has been the Christ. As a result, there have been times when my youngest son has reminded me whenever I stray from these principles.

My youngest son does not like disharmony. He has displayed this trait from the time he was an infant. An example of this is one day; my husband and I were having an argument, which is unlike us the majority of the time. While I have what is commonly referred to as “Hispanic” blood or temperament, and gesturing and raising my voice is common at home for me, it is not common for my husband. When he raised his voice, my youngest son became so agitated that he went into an asthma attack. To this day my husband feels very guilty about that incident. My husband and I had not argued with each other before having children (approximately 10 years.) My pregnancies were peaceful and my husband did everything he could to make certain the environment was as stress
free as possible. I also did meditations during pregnancy. The reason I mention this background is to demonstrate that we have always tried to create the right environment for the children and live as living examples as Cayce indicated. Having done this, the results started to appear.

I recall one example in which my husband and I were having some difficulty with my oldest son, with respect to authority in some matter so small that I don’t even remember it. I was quite livid with my older son’s attitude and after a shouting match in which he went to his room, his younger brother came to me. My youngest son very calmly asked, what should “we” do in this situation? I immediately started to explain all the things his brother said or did that was wrong and what I had done that was right for a parent to do, and my son said “I’m not saying that (older son) was right, and I can understand why you said and did what you did, but what do “we” do about these things? You know Mom, as intuitives? Isn’t there some way that is better that will work with (older son)? Shouldn’t we handle this “our” way?”

As soon as the words were out of his mouth and I checked with the voice within, I realized that I had been handling the matter completely wrong. I felt like I had been hit right between the eyes! Had I done in the first place what I taught my sons to do, we would have never encountered the problem. Further, the solution was so easy! I replied to my son that he was right and that I knew what should be done and I went immediately to my husband and explained what had occurred, what my youngest son said and the resulting thought that came to me. My husband took the approach that I conveyed to him and it was a total success! My oldest son did a 180 degree turn. My youngest son had simply, without thought or hesitation, applied the spiritual principles he had been taught.
He instinctively knew that the approach I was taking was not the right one for us.

Following the principles described in my first paragraph above, he reminded me so that I could re-attune myself. Once I did, the problem was resolved. 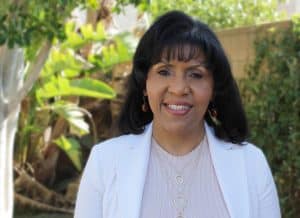